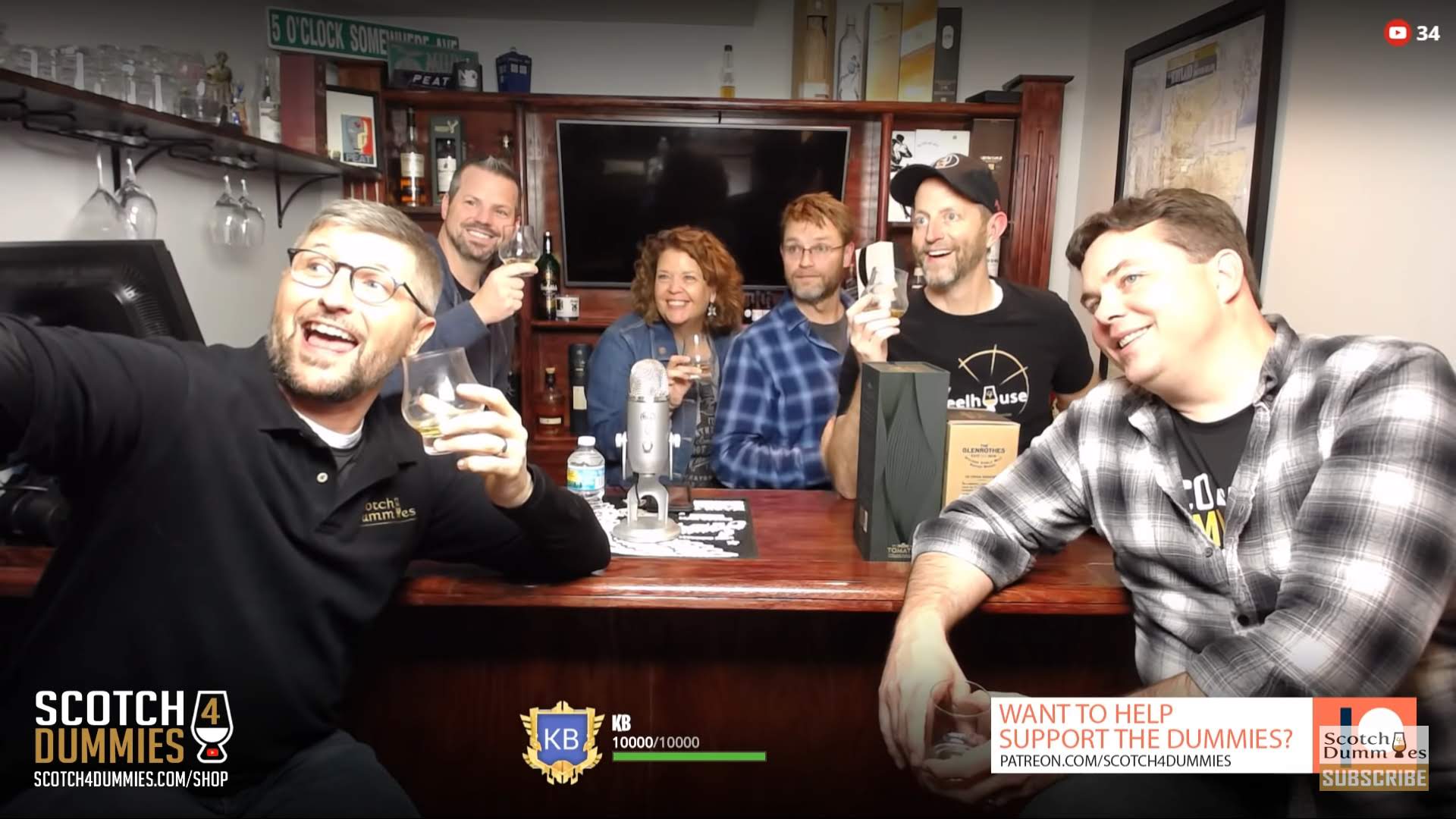 Have I told you about the time I flew to Indianapolis to drink great scotch with four guys – well, actually five guys – in a basement bar and was a guest on their live YouTube show? Well, true story… Here’s how I went from the Bayou to the Basement to finally meet those fantastic guys known as Scotch 4 Dummies.

In September 2016 I made a solo trip to Scotland. Of the 15 nights I was there, I had six nights pre-booked. The other nine, well I figured that out as I went along my open-itinerary journey. I wanted to explore, get lost and discover things; see real people, not one tourist trap after another. The trip was nothing short of epic, for many reasons. But that’s a subject for another post down the road.

I’d never had a drop of scotch whisky until I was in Scotland. Bourbon and Tennessee whiskey, I’d had both enough times to know I didn’t care for it. My normal go-to drink was something citrusy like a margarita or screwdriver. But while in Oban on the west coast of Scotland, I decided to tour the distillery. I’m fascinated to see how things work and the mechanics of the distillery were something I wanted to see. The whisky tasting offered at the end of the tour wasn’t important. It was at the Oban Distillery that I had my first-ever sip of scotch whisky. It was a game changer. I could not believe how much I liked it. How could I like this when I didn’t like bourbon? I purchased a bottle of the Distiller’s Edition. 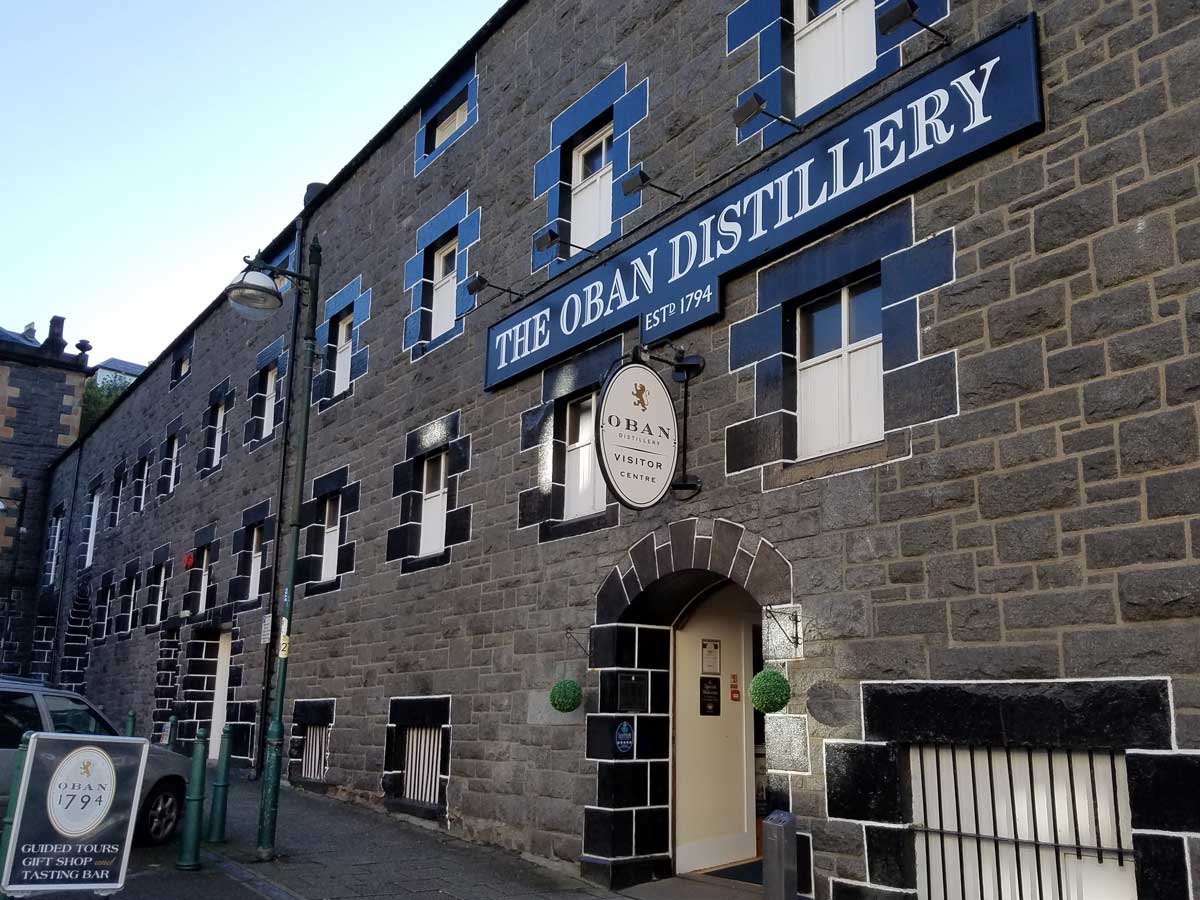 Once I got to Islay, I toured Laphroaig. In the words of Monty Python, “and now for something COMPLETELY different.” Holy smoke – literally! I purchased a bottle of Triple Wood. Then it was on to Jura. I had planned the entire trip around the Jura Music Festival (highly recommended). Islay was just an island I had to get to in order to get to Jura. While there, I went to the Jura Distillery and purchased a bottle of Diurach’s Own. I discovered many things traveling the Scottish Highlands and Islands about the beautiful land, its people and about myself. And I found out that Scotch was my drink.

Once back home I wanted to learn more about scotch. I stood in front of shelves of liquor at local stores and looked upon boxes, canisters and bottle after bottle. It seemed so overwhelming. What was good? Why the price difference? What’s NAS or NCF? I knew I needed more research, so I did some reading and then spent hours going down the rabbit hole of whisky reviewers on YouTube. There were so many to choose from. You’ve seen them! Some are so long-winded or grandiose or in-your-face. Their shows were more about them than the whisky.

Then I found Scotch 4 Dummies – these four self-proclaimed dummies who were enjoying a bottle and learning about the whisky, just as I was. They professed to not knowing a lot but were eager to explore their own whisky journey. Each of the Scotch 4 Dummies guys have their own distinctive flavor profile so every review resulted in four perspectives. The Dummies are always eager to understand how the expressions are made and what differentiates one from another. They give their honest feedback not only on the taste but the value in relation to cost. After watching a few videos, it was easy to see they were genuine, not over the top or elitist in any way.

The weekly reviews from the Scotch 4 Dummies turned into a date night for my husband, Mark, and me. We’d have dinner, watch the weekly released review and have a dram along with the guys. Then the Dummies started streaming their live show on Facebook, then YouTube. That opened an entirely new paradigm in that communication was going both ways through the live chat. Not only could I talk with the Dummies but also with people like me that liked their show, found value in what they were saying and wanted to learn or share what they knew. The Whisky Fabric, this community of whisky enthusiasts, was growing and I loved being a part of it.

Through the reviews and live shows, I learned more about what I like in a whisky. The Scotch 4 Dummies reviews have saved me money by helping me make good purchase decisions. I’ve learned what to look for in an expression and if that is something I’ll like. Just because they like something doesn’t mean I’ll go buy it. But it gives me a data point to gauge how they see that offering and how it compares to other whiskies I do like. I find great value in that. I’m proud to say I support them through Patreon. Mark and I watch the reviews, then the live show. It’s a way to spend time together during our busy week. What we provide in support to the Dummies is far cheaper than if we went out to dinner and a movie. To me, it’s a great investment.  If you aren’t subscribed to their channel – you are missing out. 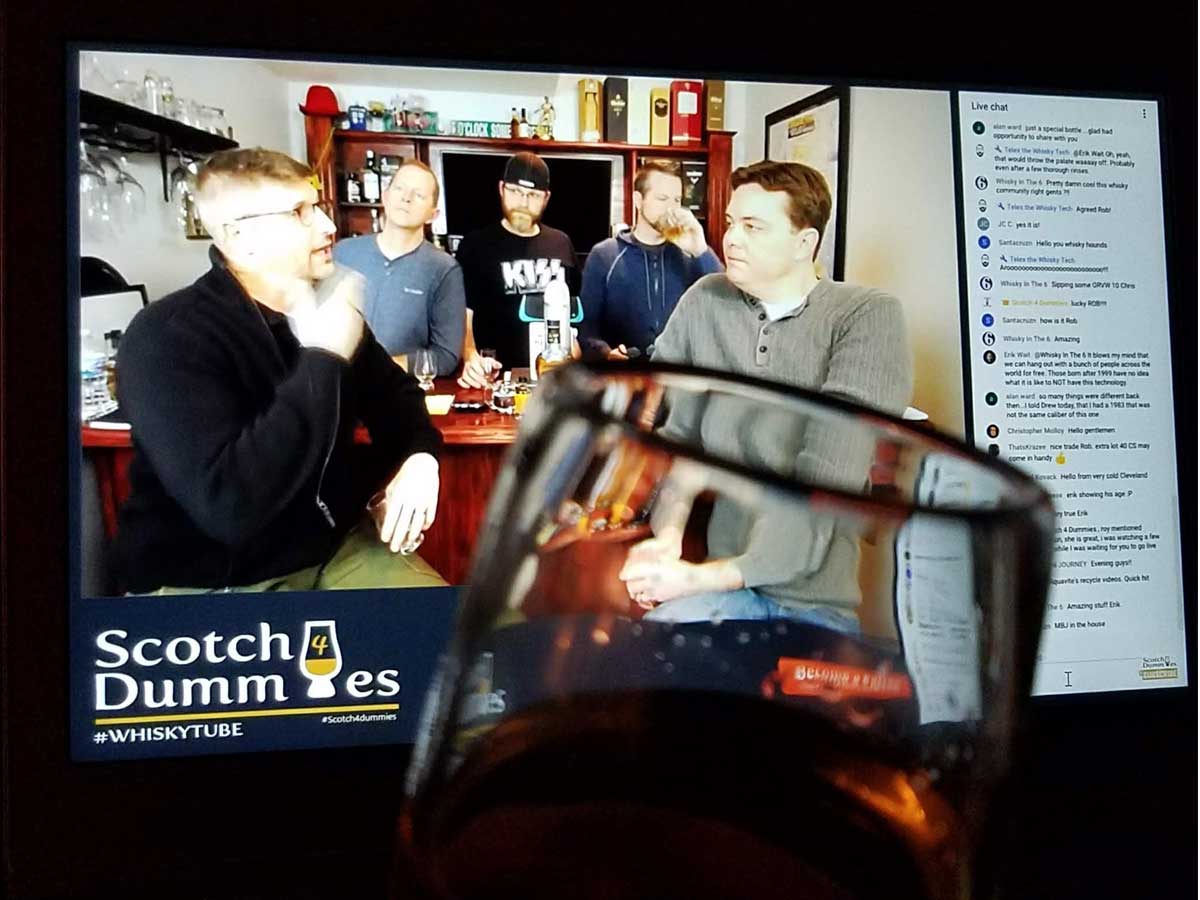 These four guys – Andrew, Mark, Drew and Shawn – aren’t so dumb. They have learned so much during their whisky journey. I’ve figured out my flavor profile most closely matches Shawn’s and I love the way he explains the nuances of flavors and how generously he pours! When Andrew totally geeks out over the science of making whisky, I’m geeking along with him. Drew’s expertise has elevated the quality of their production to a true professional level. And Mark, besides being a hero having served our country, keeps the show on pace and us all laughing. For the past two years we’ve exchanged great conversations, samples of “salsa,” honey, Cajun food and swag. We’ve gotten to know these guys and consider them all friends. Because of these guys the words “marzipan,” “burnt toast,” “scotch whore” and “wheelhouse” are now in my normal vocabulary.

Finding My Way to the Basement Bar

When the dummies announced their first-ever scotch dinner last November I was so happy for them but immediately bummed considering Indianapolis is nowhere close to Baton Rouge. Shawn, who is a chef, was curating a dinner around offerings from Highland Park. We are talking Next Level Whisky Experience here. My work was getting crazy busy and Mark was preparing for the opening of the new animal shelter so there was no way we could make it. Drew pinged me one day on Messenger to check if we would be able to attend. I told him probably not. Later that night I broached the subject and Mark insisted that I go to the dinner.  Was this really going to happen? Was I really going to book a flight to have dinner and drinks with a bunch of people I’d never met? Hell, I went to Scotland by myself, Indianapolis would surely be easy.

Looking at flights, the best rate was to fly in Thursday afternoon for the dinner on Friday night. I’m not sure who was more excited, me or the Dummies!  Meeting them for the first time was quite surreal in that I felt like I’ve always known them.  They were so hospitable and invited me to dinner with their lovely families. Their wives are fabulous and have more patience than Job but still support their respective Dummies.  These guys are the real deal. They are the neighbors and friends you wish you had. 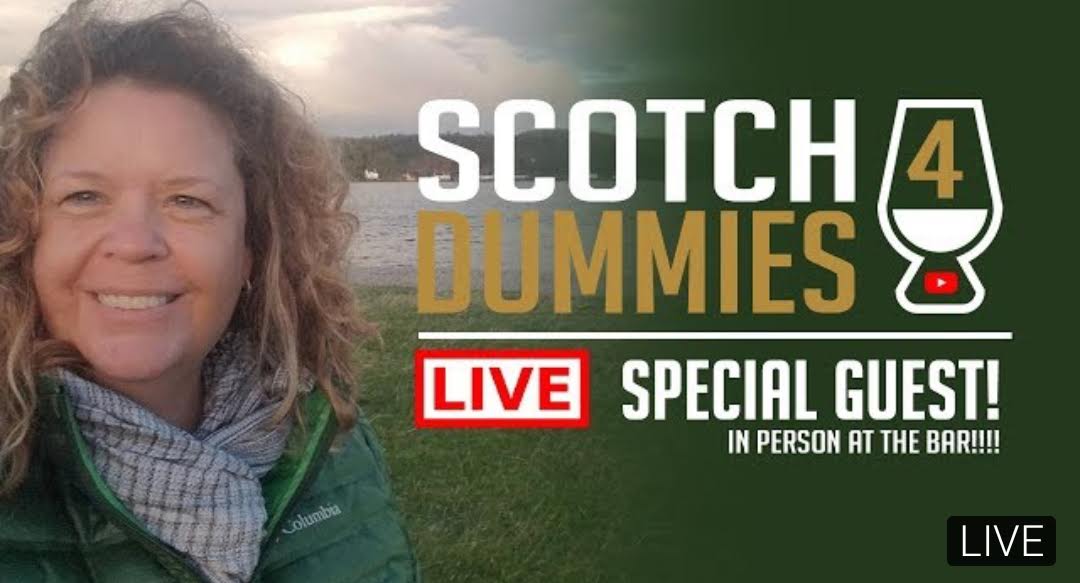 The Dummies were gracious enough to invite me to be a guest on their live show that Thursday – the same show that had dominated my and Mark’s Thursday nights for the last two years. Walking down the stairs to the basement bar was a big moment. In a suburban Indianapolis home, there was “the bar” with the camera and lights and four normal guys who are, in real life, EXACTLY as you see them on camera. They genuinely like and value each other and what they have to say. No one is out for the spotlight and their generosity is off the charts.

These four Dummies – well five, as Mike is the Lagniappe Dummy – are super guys who I’m thankful to call friends.  We had a great time behind the bar that night as can be seen on the YouTube replay. And to think, tasting whisky after a distillery tour set all this in motion.

What is Lagniappe? – Lagniappe is a word we use in Louisiana that means “a little something extra, at no charge.” It’s like the extra bagel in a baker’s dozen. Mike – the Balblair fanboy – is the extra Dummy.